3 Easy Steps to Enter to Win a Fitbit Blaze:

Welcome to the Get Organized + Fit with Flayk Giveaway!

Being CEO of my house can be hard. With 5 kids keeping up with all their various activities is close to impossible at times. Although I get tons of help from my hubby it can be tough being on the same page all the time between all our schedules and day to day life. Thankfully I discovered Flayk, a free, family/life management app now available for free download in both the Google Play Store and the iOS App Store. It has become a lifesaver!

Flayk allows families to coordinate activities, assign responsibilities, share to-do and shopping lists and award points for completed actions in a single app that can be used by multiple families and groups. One of the app’s core features is the ability for users toflayk events, which alerts the group in the event of an unexpected conflict – from car trouble to a meeting that runs long –and allows someone else to quickly pick up the task and keep the day moving smoothly. As detailed in ADWEEK, Flayk is the perfect solution for families looking to simplify life in 2016 as well as a technology “must have” for the new aged organized family.

Flayk Basic is free, and for a limited time, Flayk Premium, a seamless, ad-free experience with expanded features, is free for the first month. Flayk Premium is regularly priced at $1.99/month or $18.99/year.

Flayk is the only family management app on the market to introduce an innovative rewards system that lets families assign point values to specific activities. Family members can earn points for completing tasks and redeem them for specific rewards of the family’s choosing, for example, a raise in allowance, a curfew extension, dinner at a favorite restaurant or a pass on a chore.

Flayk recognizes that diversity with its customizable, central hub to organize all kinds of families, whether they live under one roof or are in multiple locations.

In spirit of holding on to those 2016 Mom Resolutions and preparing for the spring season ahead, Flayk is offering a chance to win an all new Fitbit Blaze™ – Fitbit’s New Smart Fitness Watch including a breakthrough features such as PurePulse™ Heart Rate Monitor, Connected GPS, On-Screen Workouts and Color Touchscreen. 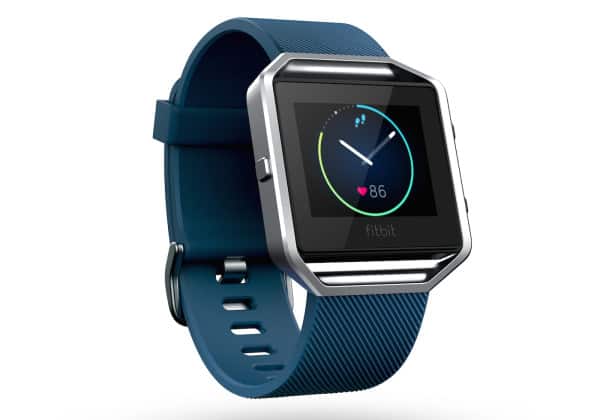 Make sure to enter by downloading the Flayk app (IOS or Android) and setting up a profile!

Disclosure: All opinions are 100% mine. This giveaway is in no way associated with, sponsored, administered, or endorsed by Facebook, Twitter, Google, Pinterest or any other social media network.All opinions and experiences are Conservamom‘s. Open to US residents only , must be 18+. Confirmed Winner(s) will be contacted through email and have 48 hours to respond before a new winner will be drawn. No purchase necessary. Void where prohibited by law. The sponsor will be responsible for product fulfillment to winner(s) of the giveaway. The disclosure is done in accordance with the Federal Trade Commission 10 CFR, Part 255 Guides Concerning the use of Endorsements and Testimonials in Advertising. For questions or to see your product featured in an Event you can contact Elia At Conservamom

Coordinating the Thanksgiving dinner menu for a big family requires a level of organization comparable to planning school bus routes or air traffic control patterns. I’ll admit, I’m a bit of a control freak when it comes to hosting holidays at our house, but it’s only because I want everyone to be calm, cool, and collected the day of the event. Imagine the chaos that would ensure if we ended up with five turkeys and no mashed potatoes on Thanksgiving!

For potluck-style holidays where the main attraction is the dinner table, I take extra measures to make sure everyone brings a different dish and we have a balanced meal. This usually manifests in the form of an elaborate flow chart, which evolves into a detailed family email, and potentially annoyance when Aunt Debbie hits “reply all.” Let’s not talk about the year when Uncle Mike didn’t get the memo and we had to suffer without chocolate pecan pie…

This year I’m trying something a little different and I have a good feeling about it. I’m lucky enough to be a part of the Flayk Beta Testing Group, which means I get special access to the app before it’s released to the public. Plus, I’ve decided to nix the mass email and am going to attempt to coordinate what everyone’s bringing through the app. Using the calendar feature I created an event for each dish and assigned the appropriate person as the event owner. I even set up automatic reminders 1 week and 2 days in advance so I don’t have to do the nagging myself! Flayk will send them a phone notification to remind them about the smoked turkey or the apple pie.

It also gives people backup if, for some reason, they can’t show up with the dish they were assigned. For instance, if Nancy can’t bring the stuffing, she can easily flayk it, everyone will get a notification, and someone’s likely to claim it in a heartbeat because we all know it’s not Thanksgiving without stuffing― much easier than the email chain.

Thanks to Flayk, we’re on track for a stress-free, balanced meal ― complete with mashed potatoes and chocolate pecan pie.